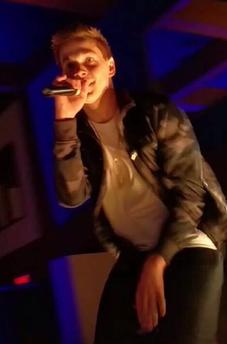 Jeremy Kyle Flick was born in San Marcos TX, to two musicians who have previously toured with the vocal group known as "Fred Waring's Pennsylvanians". Growing up in PA, Jeremy's love for music developed through his active involvement in his high school's music department. After several years of musical theatre, he portrayed lead roles in popular productions such as "My Fair Lady" and "Anything Goes". Jeremy played several instruments as an active member of the marching, concert and jazz bands. As a classically trained vocalist he had experience singing in several choral groups including former placement on the county, regional and district levels. Jeremy was an athlete in 4 varsity sports within the same year (basketball, football, tennis and track). A new passion for dance crew from the culmination of Jeremy's athletic and musical experiences in high school and followed him into his college years at Shippensburg University. Encouraged by many supporters, Jeremy joined a dance troupe at Ship where he held the position of Chairperson on the executive board. He currently serves as President of two academic organizations, both catering to his degree in Psychology. Jeremy intends to incorporate his passion for the Performing Arts into his future career ambitions. You can hear Jeremy on track #1 of the "Fusion 98" Compilation CD. Hear more "J-Fly" Music on Soundcloud @jeremyflick. 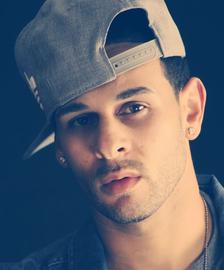 Eric Young (Jeremy Fritz) is a Canadian Professional Wrestler and television personality, best known under his ring name "Eric Young". He performed for Total Nonstop Action Wrestling (TNA) for several years. He also served as the host of Animal Planet's 'Off the Hook: Extreme Catches' & 'No Limits" television programs.

​During his TNA career, he is a former TNA World Heavyweight Champion, former X-Division Champion, two-time TV Champion and a four-time World Tag Team Champion. He is one of only four men to win TNA's Grand Slam Championship.

Eric went on to find success in WWE/NXT on the WWE Network. as leader of the team "SANITY".

Eric is now part of the WWE SMACKDOWN! Live Roster. 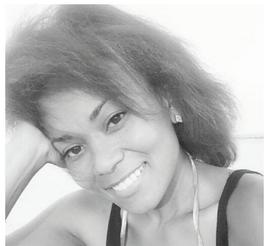 Munee Hayes is a New York City based costume designer and wardrobe stylist who received a BFA in Costume from SUNY Purchase. Munee has worked extensively in theatre, dance, opera, TV, and film. She has worked as a designer, shopper, design assistant, set costumer, tailor and wardrobe supervisor. She worked at the Metropolitan Opera from 2002-2011 as a costume production supervisor; a job which entailed organizing and managing the shop where the chorus, ballet, and super men and women costumes were altered and constructed. Munee Hayes also has a wide variety of television credits, most recent "Alpha House", "Show Me a Hero", "Blacklist" and "The Tonight Show with Jimmy Fallon".  Munee has worked as a wardrobe assistant at Saturday Night Live and as a set costumer on various SNL film projects since 2011, including the 40th Anniversary Special. She is currently working on her second season as a wardrobe assistant at America's Got Talent at Radio City Music Hall, Late Night with Seth Meyers as the Wardrobe Set Costumer. Munee has also worked with a vast array of celebrities including serving as Personal Tailor to Jennifer Lopez. 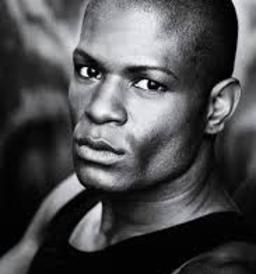 Her voice has been heard on countless commercial products including Verizon, Exxon Mobile, Pop Tarts, Tourneau & Disney Destinations. She has worked in the Entertainment Industry for over 35 years with an array of celebrity talent such as Liza Minnelli, Patti Labelle, James Earl Jones and Carnie Wilson and has choreographed for Columbia Records, BMG & Atlantic Records in addition to acting as a Spokesperson for the NYC division of the Naras Foundation which hosts the Grammy Awards. She trained at the American Ballet Theatre, Luigi's Broadway Dance Center and at the prestigious Manhattan School of Music. She is also a Contributing Editor at BroadwayWord.com. Marina recently Produced and Choreographed Britney Spears' Twister Dance Rave Global TV Campaign for Hasbro. She has been co-owner of KAMEN Entertainment Group, Inc (which is a full service entertainment company in NYC) since 1987. www.KAMEN.com 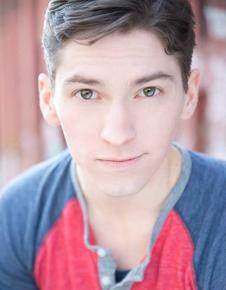 Spence virally emerged onto the Hip Hop scene when High Rock Studios, a marketing firm located in his hometown Hagerstown (aka Hub City), featured him in a promotional campaign. Spence wrote a rendition of the Jay-Z hit, Empire State of Mind; High Rock created a music video for the song and it quickly amassed over 100,000 views. A year later Spence would follow up with his release of an album called "Spence 4Hire". Promoting the album he would share the stage with R&B favorite Jagged Edge, and Hip Hop legend Doug E Fresh. His press would continue with features on local media channel HM TV6, and a cover story in Hagerstown Magazine. Spencer's presence and energy, and connection with the audience made him a regular MC, host and performer at many reputable events in his area. Spence is the classic punch line, lyrics and rhyme ethic of the old school, sonically proclaimed with the "fresh" of the new school. His soon to be released free downloadable EP titled, "Turn Tables", captures his love for Hip Hop, music and Christ, and will continue to bridge the gap between the old and new school. Check out Spence on tracks #3, #4 and #14 on the "Fusion 98" Compilation CD and visit his website www.SpenceMusic.com

He also Received 4 year Partial scholarship To attend The JUILLIARD school where he received his Bachelors in Fine Arts . Herman's Dance studies Have made him Proficient In Ballet, Modern , jazz , and Hip hop / jazz funk .
Herman has choreographed Various industrials, and corporate events and has worked for a number of summer intensives, such as The Broadway Theatre Project as an (Assistant Artistic Director) , Miami City Ballet , Springfield Ballet , Performance Edge 1 and 2, The Theatre Arts and Minds, and The New world school of the Arts. Industrials include such events for LANA MARKS, Herbal Life, and The International Hustle and Salsa Competition Corporation.

LeShea Bunce was born on September 19th, 1991 in Harrisburg PA. She currently resides in Carlisle,  has a beautiful family and is happily married to Kai (Her Husband since 2011). She is a Believer of Jesus Christ, her Lord and Savior. She enjoys writing, dancing and singing; with Gospel music being her main passion, as it completely warms her heart to lift people's spirits through song. Lesser can be heard on the "Fusion 98" Compilation CD on tracks #16 and #19. 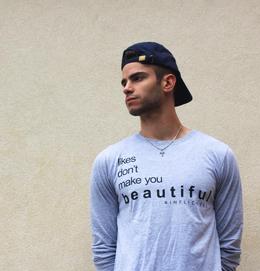 Thoms was born and raised in Baltimore, Maryland, the daughter of Mariana (Davis) and Donald H. Thoms, a VP of Programming at PBS and television director.[1][2][3] She has a younger brother, Austin. She started studying acting at age 10 and later on attended the Baltimore School for the Arts.

She earned her Bachelor of Fine Arts degree from Howard University in 1997. She then attended the Juilliard School's Drama Division as a member of Group 30 (1997–2001), which also included actors Lee Pace and Anthony Mackie.

Most recently she has been added to the cast of the CBS crime drama Cold Case, as the homicide detective, Kat Miller. Thoms has also made guest appearances on Law & Order and The Shield.

Thoms has appeared in several movies, most notably in the film adaptation of the Broadway musical Rent in which she plays Joanne Jefferson, lawyer and lover of Maureen Johnson (Idina Menzel). She took over the role from Fredi Walker, who played Joanne in the original Broadway production of Rent. Prior to being cast as Joanne, Thoms had considered herself a fan of the show, having seen it on Broadway several times.

Tracie’s powerful vocals can be heard on the song “What If” featured on the REACH! For the Sky Compilation CD along with the song’s Writer & Co-Producer “JMC”. 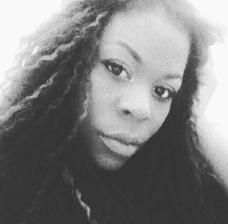 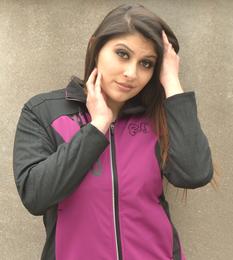 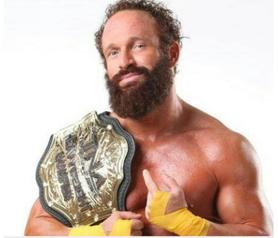 Maryssa Davis is a singer, songwriter, artist and dancer. She joined REACH! in 2007 (as a dancer) but through the years has taken on various positions and responsibilities to help the organization grow. Maryssa is a member of Reach!Inc., the co-creator of the "FreshSet" teens featured on the FreshSet, LLC clothing and one of the artists helping to create the new clothing for ReachUSA. Maryssa loves singing and being able to share the word of God through song. You can hear Maryssa on the "Fusion 98" Compilation CD on tracks #17 and #19. 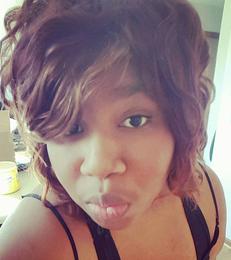 Solomon is a 17 year old rapper and dancer from Elmire, NY. The second youngest of 12 siblings, he has thrived in a large family and has been active in church all of his life, developing and drawing upon a deep spiritual foundation for his work. He has danced since the age of 3 and rapped since the age of 11. His family has supported him through home-schooling and by commuting to Carlisle, PA every week so that he is able to attend ballet at Ribbon Mill and hip-hop through the REACH! program for the past 3 years. Solomon can be heard on the "Fusion 98" Compilation CD on tracks #18 and #19. 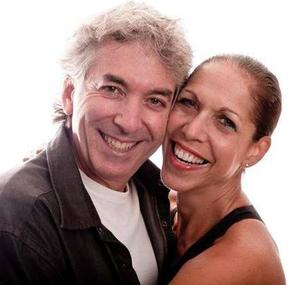 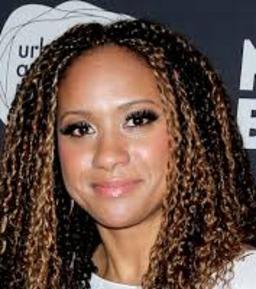 Gina Stasyszyn has been dancing and singing since she could walk and talk. She has studied various styles of dance, such as hip-hop, ballet, modern, Latin Ballroom, breakdancing, swing, jazz and African at various studios such as Walnut Bottom School of Dance, Central Pennsylvania Youth Ballet, "Outta Kontrol", "Esscencia Latina" & REACH! (Under the Direction of Jason Reed). When she was just a young girl, Gina, along with other family members, recorded 2 CD's comprised of old love songs from the 30's, 40's and 50's, in the languages of Spanish, Italian and English. Gina is a classically trained singer who favors the styles of R&B, Pop and Spanish music. In her time with REACH!, Gina has had the opportunity to record and perform original music written & produced by JMC and Jason Shaffer. Gina hopes that her love for music, passion for dance and Spanish roots will bring that extra spice to the stage that will keep the audience coming back for more. Gina can be heard on the "FUSION 98" Compilation CD on tracks #2, #8, #20 and #21. Gina also teaches several of the REACH! dance classes and choreographs for many REACH! classes and performances.

Cameron Scot Slusser is an actor based in the New York and Philadelphia area. He's a recent graduate of Temple University's theatre program and has already performed featured roles in regional theaters such as the Walnut Street Theatre (America's oldest theatre), the Media Theatre and Pittsburgh Civic Light Opera. Although he has already logged some hours into working professionally, he would be no where without the dedication, determination, generosity, love and support from Jason Reed, to whom he owns his entire career. Cameron is a proud member of Actor's Equity. You can hear Cameron on the "Fusion 98" Compilation CD on track #5. For more information visit www.Cameronslusser.com